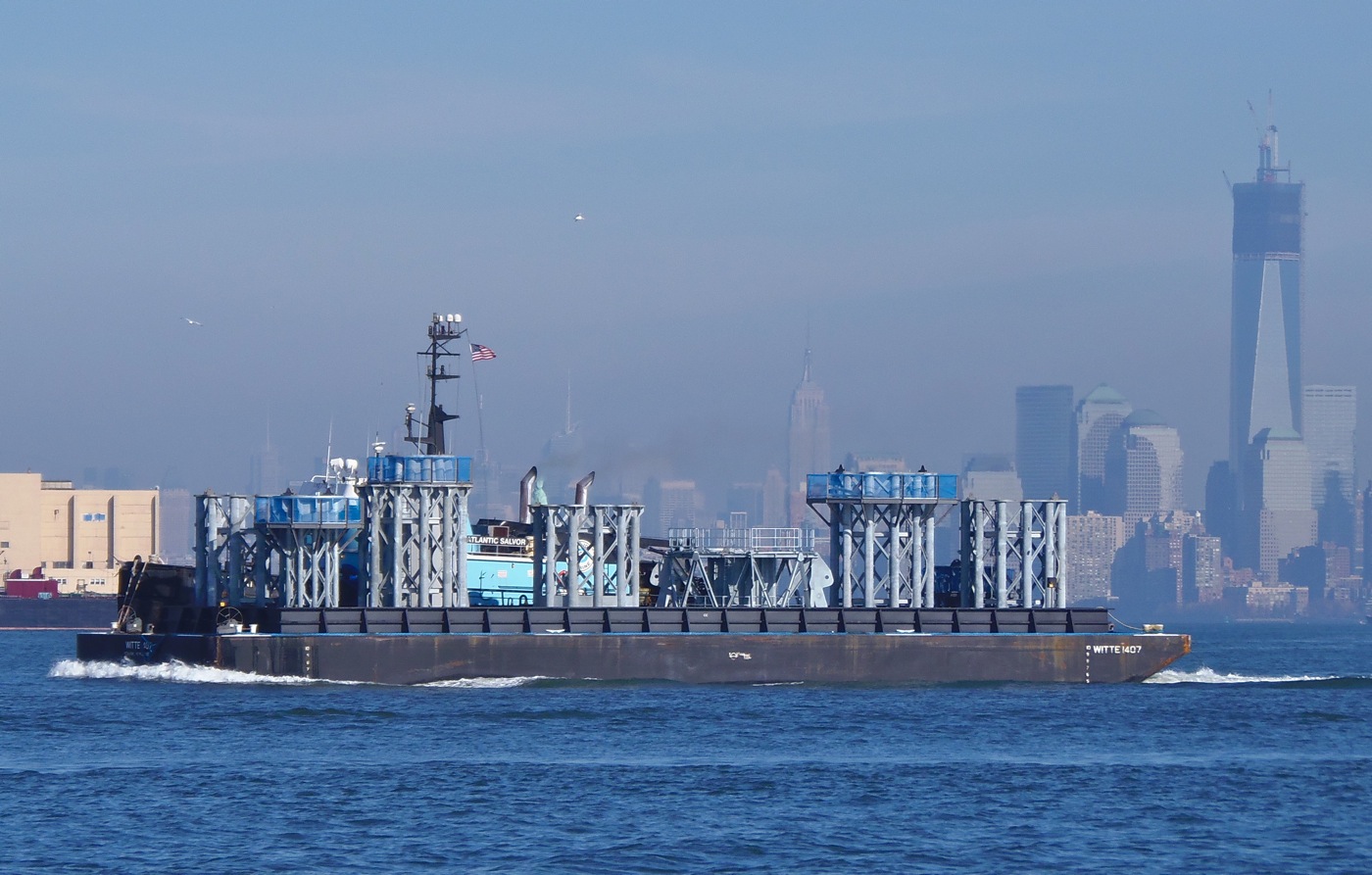 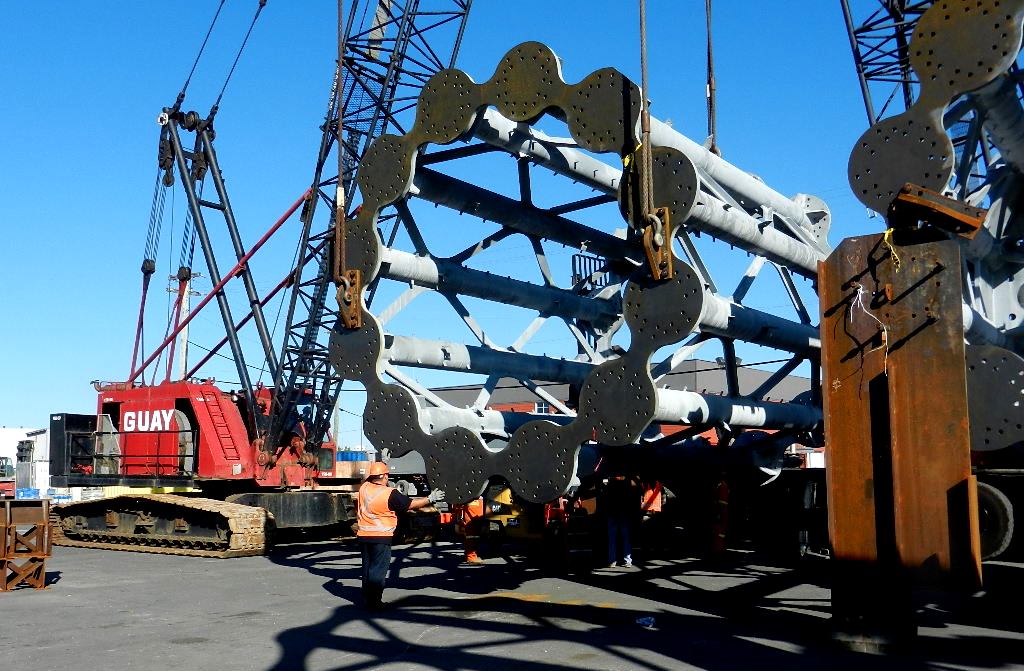 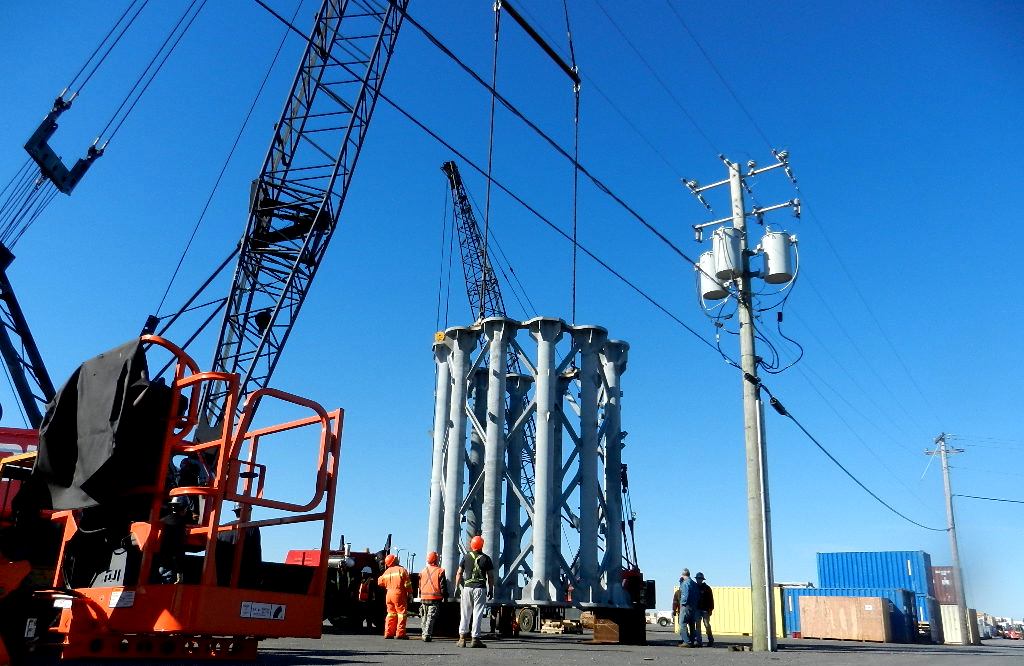 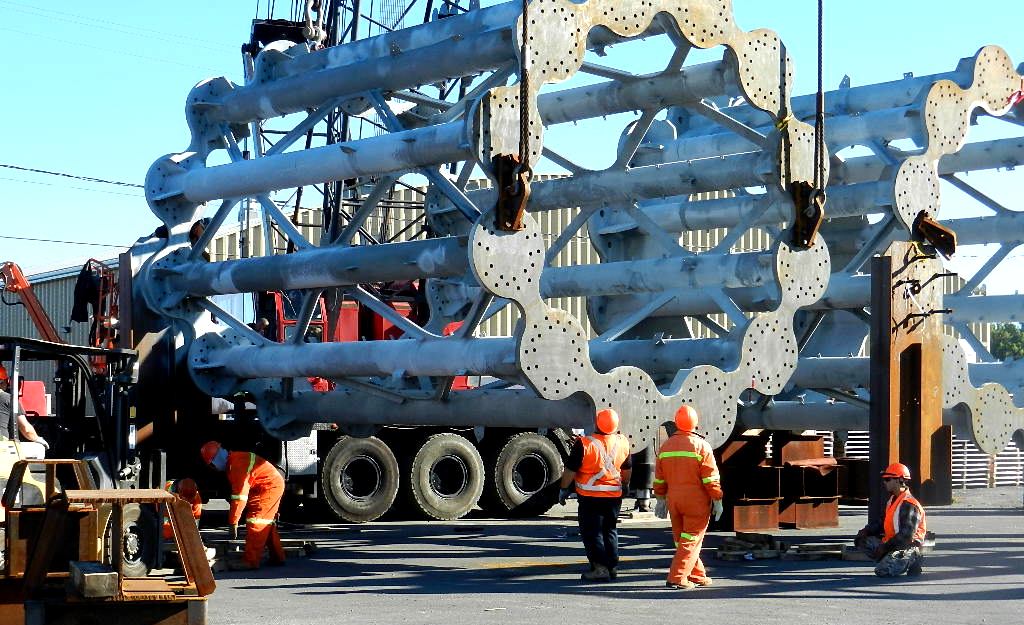 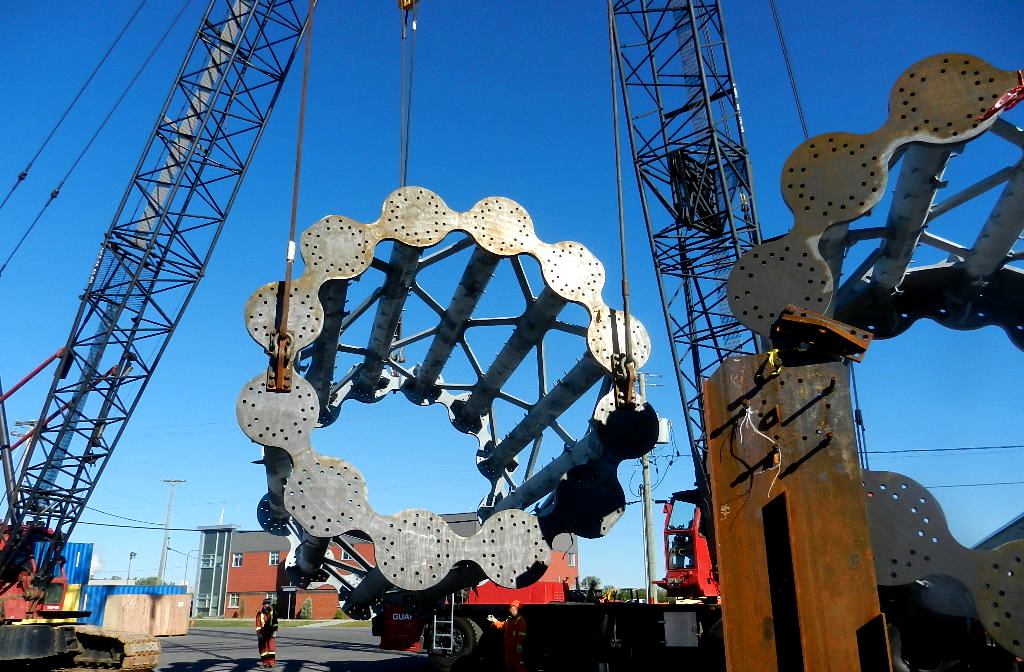 Port of Valleyfield was abuzz recently as Valport stevedores rigged and craned portions of the 18-piece antenna that will top the new World Trade Centre in New York – arguably making it the tallest structure in the Western World. The Port partnered in the construction of the antenna, providing staging and building space for structural steel fabricator, ADF Group of Terrebonne, Quebec.

“We have managed many large projects through the Port but this one has a very special place in the hearts and minds of all port workers”, said Valport President, Frank Dunn, “We are humbled by the small role that we play in the moving of this landmark in the shadow of the men and women who lost their lives during the heinous 9/11 attacks. Multiculturalism is only a concept unless we truly learn to live and work together.”

Port of Valleyfield was selected for the construction and staging of this project because of its proximity to ADF Group’s Canadian offices, the fact that fabrication space is always available on site, that talented fabricators live and work in the vicinity, that Valport could facilitate the handling of the inbound shipments of specialized steel used in the construction of the antenna, and that Valport was able to securely load this rather symbolic cargo destined for New York..

Valport Maritime Services is the manager of Port of Valleyfield which, together with its ship owner, freight forwarding, rail, trucking and trade worker partners moves cargo of all types around the globe. We believe that our history clearly demonstrates that we truly are Canada’s largest “small” port. 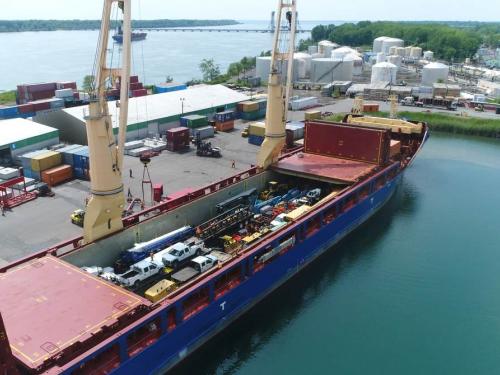 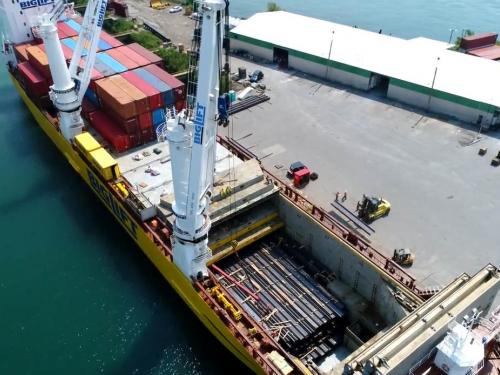 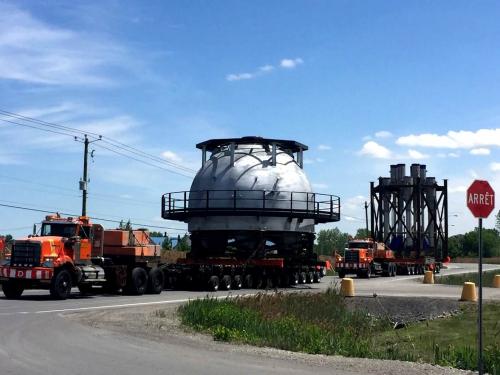 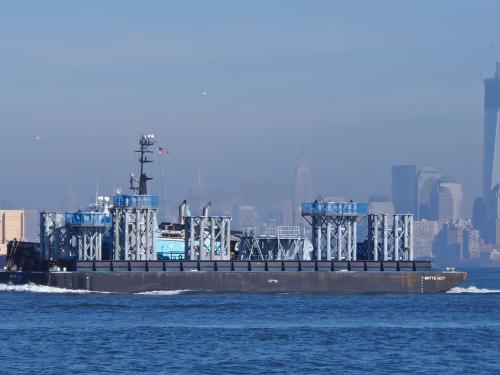 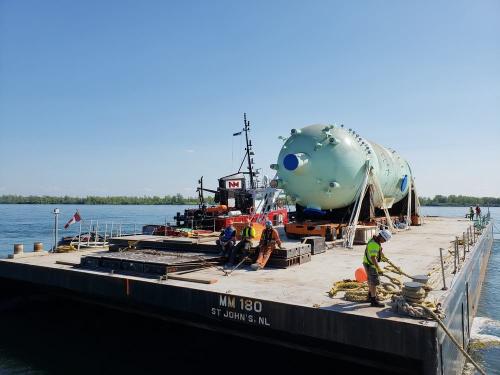 Barge loaded with 250MT refinery reactor
How can we help you ?
Contact us